Mate-tee » What is Yerba Mate?

What is Yerba Mate?

Yerba mate can be found in 500 gram or 1 kg packets. But it is also available in tea bag form. Mate is a tea and can be drunk just like any other tea.

Nowadays, mate is filtered and drunk from cups, just like regular tea. The most well-known way to drink mate, however, is from a special mate cup with a so-called bombilla, a drinking straw made of metal or wood, usually elegantly decorated and with a strainer at the end so that no herbs are sucked up.

Yerba mate actually gets its name from the special cup from which it is drunk. The mate cup is originally made of dry gourd, but nowadays it is available in all materials.

When drinking from mate cups, there are a few points to keep in mind to get the most out of the drinking experience.  To drink mate from a mate cup, the cup is filled with the dried leaves, depending on the desired tea strength, and infused with water at a temperature of about 70 -80 degrees. You then drink directly from the cup with a bombilla (the drinking straw). A traditional form of the preparation is described below.

Remember that the cup must be properly prepared before the first use. For more on how to do this, read the description. Find out more about the preparation of mate tea here. 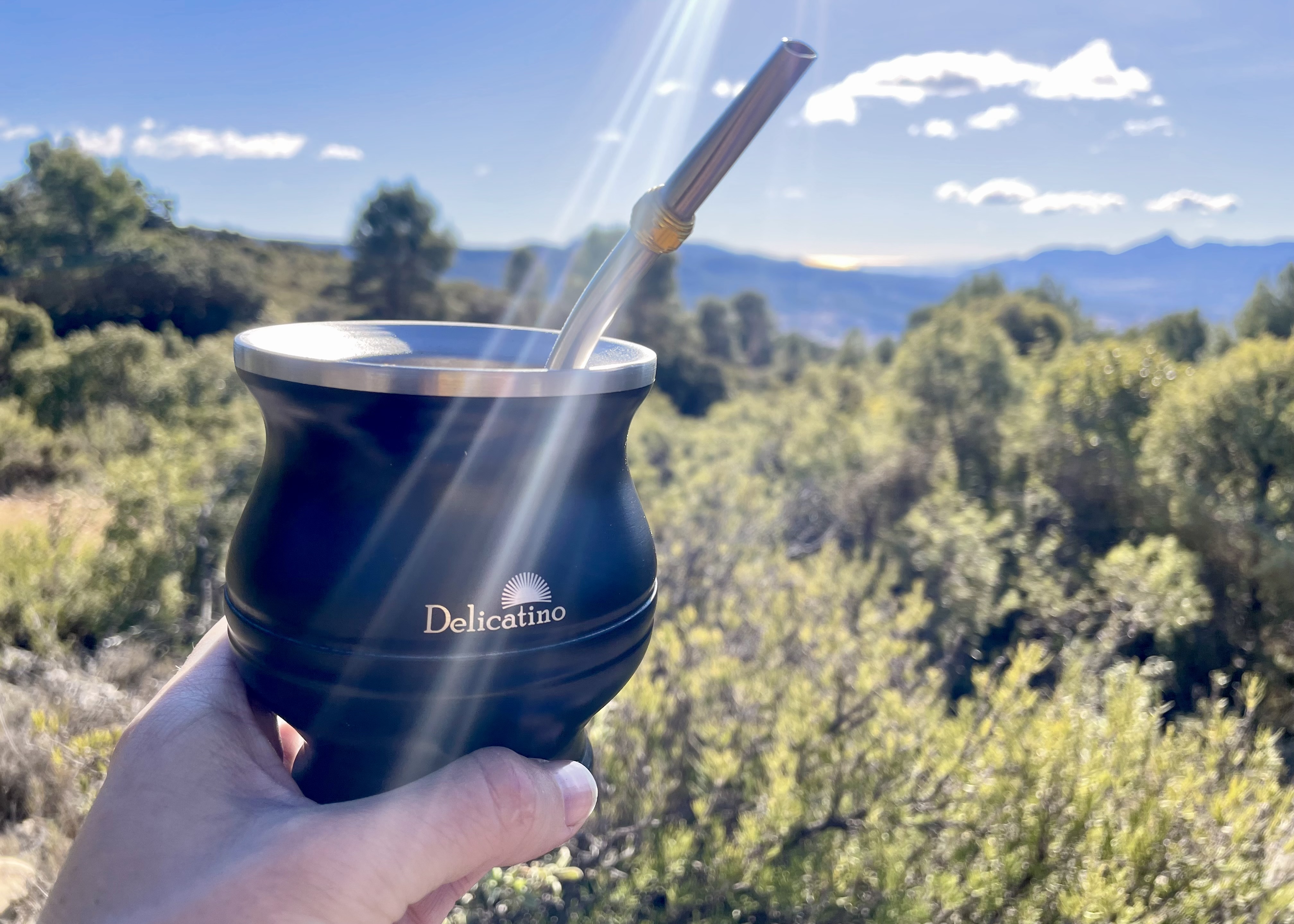 Mate is a beverage from the large tea family, mainly consumed in Argentina, Paraguay, Uruguay and southern Brazil. It is made with the dry leaves and twigs of the Ilex paraguarensis. The term mate was derived from quichua matía, which means the cup from which mate is traditionally drunk. It is a typical plant from Argentina, Paraguay and Brazil. The plant needs high temperatures and humidity to grow up to 15 m high. Around 300,000 tonnes of mate are produced annually in these regions. Mate is also used in medicine, added to commercial herbal blends to stimulate the central nervous system, support diets and help with rheumatic complaints.¹

The mate is actually just the cup that is drunk from. A good mate includes the mate, yerba (the tea) and a bombilla (drinking straw). You can find the exact description in the mate accessories section. In South America it has been known for a long time that mate has many positive properties. It supports diets by curbing the appetite.

It has not been proven that mate acts as a kind of slimming agent, but it certainly curbs the appetite. Argentinian mate, which we sell exclusively on this site, also has a stimulating effect due to its caffeine content. Caffeine is also said to activate the fat metabolism and have a mild diuretic effect.

Mate is more than just a drink throughout South America - it is the cultural beverage. In Buenos Aires, for example, people take their mate with them everywhere, and it is part of every meeting among friends. You can get a bit of that South American feeling right at home with these pages. 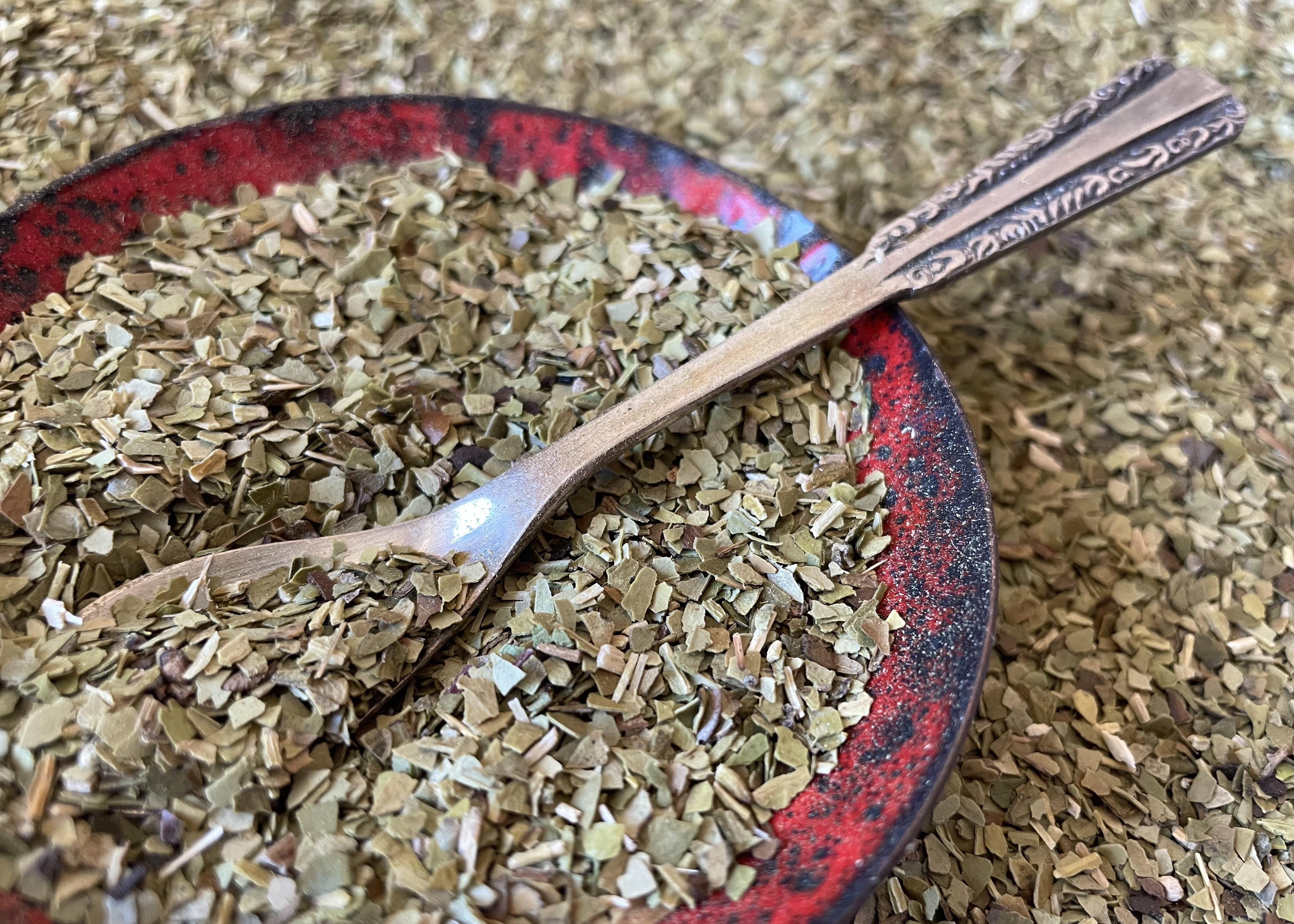 How is mate tea dried?

1. In the normal drying process, the tea is first exposed to an open fire for a few seconds, which interrupts the oxidation of the mate tea and preserves the green colour of the leaves. A large part of the moisture is removed from the leaf in the process. This drying method more or less "smokes" the mate tea. To remove the rest of the moisture from the mate leaves, they are transported on conveyor belts and dried with hot air in the second step. The leaf then has only about 4-6% of its original weight. 2. There is also a special drying process without smoke, thus resulting in a completely uncontaminated product with a fresh taste and a strong green colour, the best example of which is our own Natural Green Pure Leaf Mate tea.