Mate-tee » blog » Yerba mate: everything about cultivation, conditions and processing

Yerba mate: everything about cultivation, conditions and processing

The mate plant, or rather the mate bush, comes from South America. It grows there, preferably wild in the primeval forests along the Paraná River or cultivated on plantations. It is evergreen and can grow to a stately size of up to 15 metres. The mate plant prefers the mild climate. Due to the growing conditions, the leaves become strong and aromatic. On the South American continent - and now far beyond its borders - they are drunk as yerba mate. The tea is known for its tangy aroma and is a national drink in Argentina, Brazil, Paraguay or Uruguay.

We tell you everything you need to know about the mate plant. However, it takes some time from cultivation to processing. Enjoying it with the right mate accessories and the right specialities from South America will definitely be worth the patience.

Cultivation and growth of the mate plant

For the inhabitants of South American countries, mate tea is part of everyday life. It is both a refreshing drink and a traditional ritual, and many of them believe in its health benefits. Mate is also enjoyed hot or cold in other parts of the world. But what is tea actually made of? And how is it grown and processed? We explain!

Where do the mate plants grow?

The mate bush - also known as Ilex paraguariensis or holly - is a woody plant found mainly in South America. It usually grows wild. 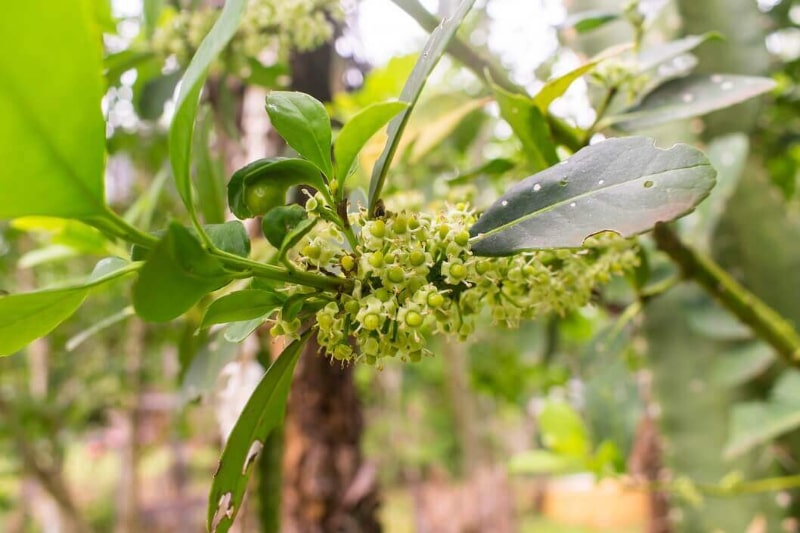 Its red fruits fall off after ripening and new mate plants develop from them. Since mate tea is considered one of the continent's most important exports, the mate plant has also been cultivated on plantations. While it grows to more than 15 metres in free growth, the plants remain lower on the plantations, after all, the leaves also have to be harvested.

Tea lovers often consider growing a mate plant in their own garden. In our latitudes, however, this proves to be quite difficult. Mate needs optimal growing conditions. However, if you have a particularly green thumb, you can dare to grow a small mate plant in your home garden.

What growing conditions are important?

The most important criterion is the right climate. Mate plants like constant temperatures between 20 and 23 °C, humidity should be in the medium to high range. Despite their robust appearance, mate plants are extremely sensitive and do not tolerate direct sunlight. A semi-shady spot is therefore ideal. In the wild in South America, the light conditions are provided by surrounding tall trees.

The soil is especially important for the growth of the mate plant. The pH value of the soil must not be more than 5.8 to 6.8. If you have already been to South America, you will have discovered most mate plants at 400 to 800 metres above sea level. Depending on the region where it is grown, the taste of mate tea depends on the individual climatic conditions. In some places it is therefore more bitter or milder. The caffeine content also depends on the amount of sunlight. The more the mate plant is exposed to light, the more stimulating it is.

In order for the mate tea to be at a high quality level, the mate plant needs additional shading for the first two years. It is then cut back just above the ground and sprouts new leaves. The leaves are plump and particularly strong. Without pruning, the tea would have a milder flavour.

How are mate plants harvested?

After a total of four years of growth, the first harvest now takes place. The time of ripening is crucial for the drink to have a full flavour. The strong leaves are picked by hand between May and September and dried for further use. The following harvest intervals take place after one or two years, depending on the growing region. A mate plant can grow and be harvested for many years.

How does the mate plant become real mate tea?

There are two different ways to use the mate tea. The decisive factor is the taste that the mate tea must have in the end.

For some varieties, the stem is removed and the leaves of the mate plant are chopped particularly finely. The tea can then be enriched with flavours or herbs such as peppermint, orange, lemon or guarana.

South American countries process the mate plant using different methods. Mate tea from Argentina is particularly known for its coarse crushing. In Brazil, on the other hand, the leaves are very finely chopped. The flavour of the mate plants from Paraguay is captivating due to its strong taste. 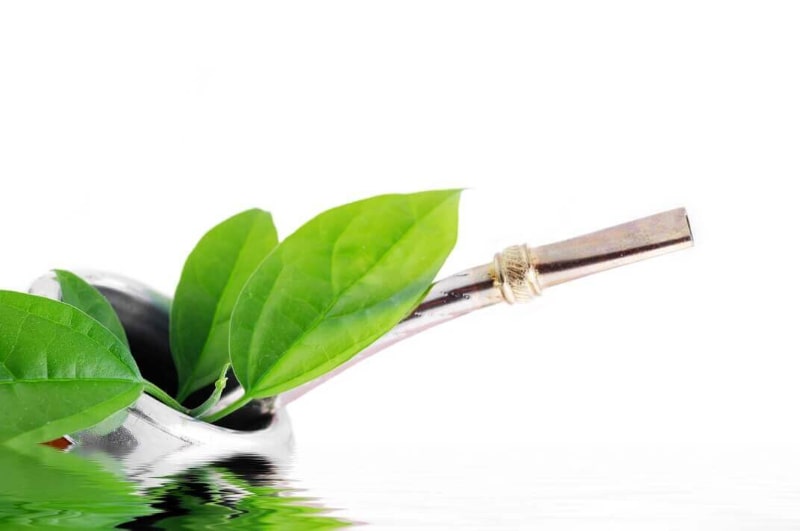 To enjoy mate leaves, it is important to use them correctly. In most South American countries, it is drunk warm at 70 to 80 °C. A calabash serves as the vessel. Originally made of pumpkin, mate cups are now available in silicone or ceramic. To avoid having the leaves in your mouth while drinking, the tea is drunk through a bombilla - a straw with a small filter at the bottom.

For the mate preparation, the crushed mate leaves are put into the calabash and infused with the hot water. In the hot summer months, the water can also be infused ice-cold. Then the mate tea is called tereré.

The path from the mate plant to mate tea is long. Understandably, South Americans have established some rituals to enjoy their favourite drink. Friends and family sit together in a large group. The host makes the first infusion with the mate leaves and drinks it alone as a sign of his hospitality. Afterwards, the calabash is filled again and always passed on to the neighbour.

In doing so, everyone in the round uses the same calabash and bombilla. Even if it is an atrocity - sometimes mate tea is sweetened, or a small drop of liquor is put into the calabash. No matter how you want to celebrate the drinking ritual of tea from the mate plant - it is an important social means of communication and a sign of friendship.